Share a memory
Obituary & Services
Tribute Wall
Read more about the life story of James and share your memory.

James William “Jimmy” Ritchie age 67 of Onalaska, WI passed away due to a heart attack Saturday, January 14, 2023, at the Gundersen Health System in LaCrosse, WI. He was born May 23, 1955, in Prairie du Chien, the son of Donald and Edith (Lechnir) Ritchie. Jimmy’s life was divided into before and after Sunday, August 2, 1964, the day he suffered a brain injury from a hit by a batted ball. He was admitted to UW Hospital in Madison for treatment and remained in a coma for two months. He had two brain surgeries during his six-month stay in intensive care, and months of recuperation in the hospital was followed by nine months at a rehabilitation hospital. After returning to Prairie du Chien, Jimmy graduated from Prairie High School (1975) and then worked for The Opportunity Center for more than 40 years. During that time he was actively involved in the Knights of Columbus at St. John’s and Special Olympics. The last five years Jimmy lived in La Crosse and then Onalaska, WI. Jimmy loved people and had a wonderful sense of humor. More than anything, he loved to laugh. Besides telling jokes, he enjoyed the music of his youth and could always name the artist. He liked betting on and watching the Packers, Badgers, Brewers, and Bucks, as well as going places…any place…it didn’t matter where. Jimmy accepted life and played the cards he was dealt, and to many, he was an inspiration. He is survived by his parents, Donald and Edith Ritchie, sister Kim (Jim) Bergman of Portland, OR; brother Ross (Pam) Ritchie and sister, Janet (Randy) Wachter, both of Prairie du Chien; seven nieces and nephews, 15 great nieces and nephews and one great-great nephew; and aunt Jeanne Hampton of Bloomington, WI. Jimmy was preceded in death by: his grandparents, Wencil and Harriet Lechnir and uncle William Lechnir; grandparents Clarence and Esther Reiser, uncle Earl Reiser and aunt Nancy Reiser; uncle Neil Hampton; and uncle Cy Harris and his wife Etta. The family thanks Jimmy’s many caregivers for all that they have done for him; the kindness, compassion, and humor they showed Jimmy allowed him to live a good and dignified life.

A Memorial Mass of Resurrection will be Friday, February 24, 2023, at 11:00 AM at St. John’s Church of the Holy Family Parish, Msgr. Charles Stoetzel officiating, with inurnment in the Calvary Cemetery, both in Prairie du Chien. Friends may call at the church on Friday from 9:00 AM until the time of the Mass. There will be a reception with lunch in St. John’s Hall immediately after the Mass followed by the inurnment. In lieu of flowers, memorials are preferred to Special Olympics Wisconsin, 2310 Crossroads Drive, Suite 1000, Madison, WI 53718. 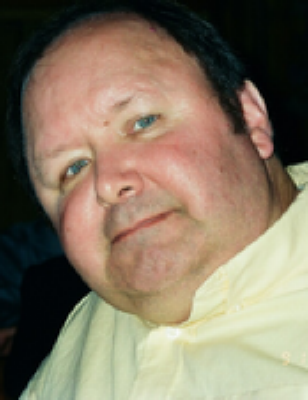