Share a memory
Obituary & Services
Tribute Wall
Read more about the life story of Susan and share your memory.

Susan Marie Helen (Johll) Walz was born on June 29, 1951, in Prairie du Chien as one of six children to Alfred and Audrey (Brookens) Johll. She passed away peacefully at home on January 24, 2023, following a lengthy illness. Susan grew up in Bridgeport, WI and attended St. Gabriel’s Catholic School until 8th grade. This laid the foundation for her Catholic faith, and she remained a devout Catholic her whole life. She graduated from Prairie du Chien High School in May of 1969 and married Robert Walz on August 2nd of the same year. Together they raised their 11 children on the farm in rural Wauzeka. She was a devoted wife, mother, grandmother, and friend. She spent her life serving others; to know her was to love her. She enjoyed taking the grandchildren to Jellystone in Warrens. She started a family camping tradition that is still a family favorite! Susan loved campfires and jumped at the chance to sit by a campfire all night. She loved spending time with her family. Susan spent her life working on the farm, gardening, canning, and milking cows. She only worked outside the home for a short time when she worked at Chateau de Royale in Bridgeport. Sue had a great sense of humor and always had a witty comment for any situation. Susan showed kindness to everyone she met and was an example of charity to all of us. Sue and her family were blessed for her to be able to stay at home until her passing. She will be dearly missed. Susan is survived by her loving husband, Robert, of 53 years, 11 Children; Christine (Christopher) Cooley, Wauzeka; Vicky (Bryan) Sandquist, Eastman; Brian Walz, Whitehall, WI; Anna (Tim) Kuck, Omaha, NE; Robert (Nicole) Walz, Wauzeka; Lawrence (Shawna) Walz, Wauzeka; Marcia (Kevin) Lubinski, Lewiston, MN; Emily (Jesse) Hall, Steuben; Regina (David) Petersen, Florence, KY; Fr. Augustine “Michael” Walz, Colorado Springs, CO; Jessica (Ruben) Mars, Rochester, MN; 76 grandchildren and 12 great grandchildren. She is also survived by her brother Charles (Judy) Johll, Prairie du Chien; Ruth Schwantes and Eugene Johll, Lancaster; and sister-in-law Gail Johll, Johnston, IA. She was preceded in death by her parents, Alfred and Audrey Johll, her brothers Stephen and Joseph, her brother in law Garnett, her father and mother-in-law, John and Caroline Walz.

To send flowers to the family or plant a tree in memory of Susan Marie (Johll) Walz, please visit our floral store. 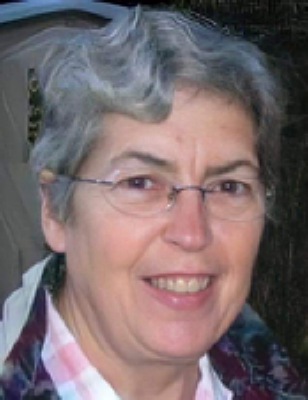